The lasted 30th September, III Edition SME Award of the YEAR was held. Act that was attended by Juan Riera, president of the Chamber of Commerce of Alicante; Carlos Mazón, president of the Provincial Council of Alicante; Francisco José Baonza, commercial director of Banco Santander companies in the Valencian Community and Murcia

The jury, composed of business and institutional representation, valued aspects such as job creation, training, international activity, innovation and digitalization initiatives and in addition to the development of projects and the company's strategy during 2018.

Hidroten received one of the three accésits in Internationalization, Digitalization and Employment together with D'C CALZADOS SL and the Forest Chemical Group, and the winner of this edition as SME ALICANTINA OF THE YEAR 2019 was for the  telecommunications company Aire Networks del Mediterráneo.

We want to congratulate each of the recognized companies. 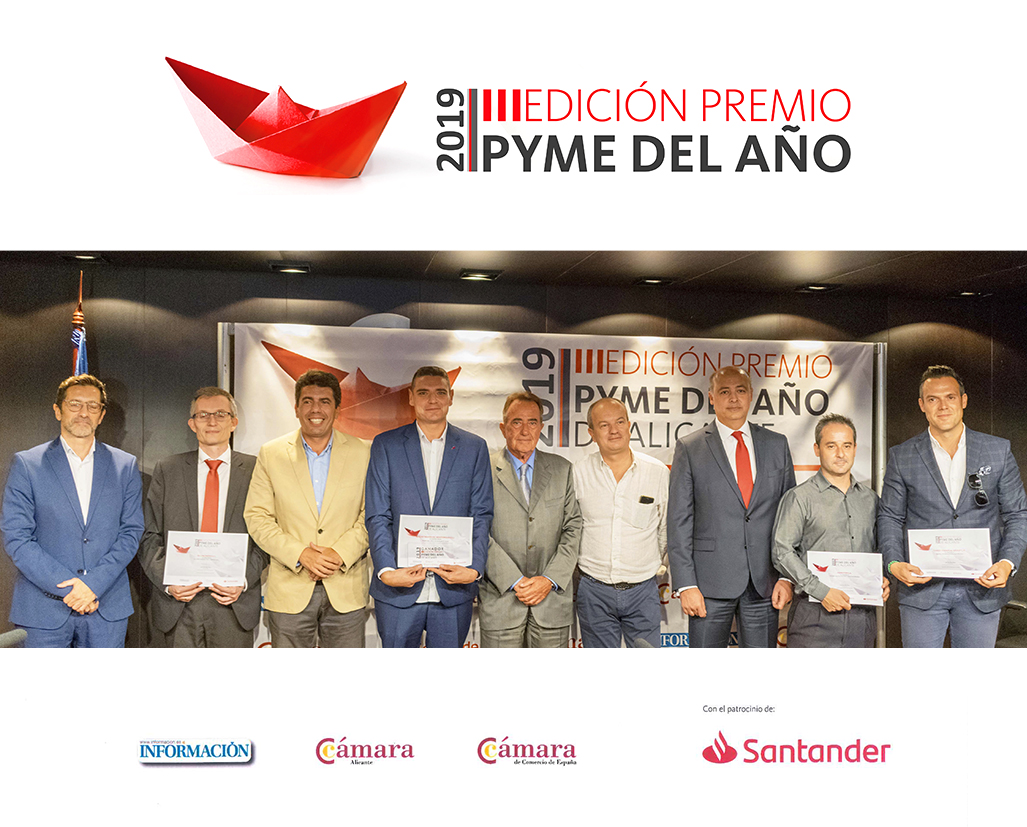