We are aware of the problems that air causes in any water installation (supply, irrigation, swimming pool, industry, etc.). The air can cause breaks due to overpressures, it can accumulate in high points reducing the passage section and even stop the flow of water, it can cause malfunctions of mechanical elements, filters, higher electrical consumption, etc. ...

The importance of correctly managing the air that exists in the network, that can form or that can enter the system. In order to correctly manage the air in our facilities, one of the most widespread methods is the use of air release valves.

An air release valve, is a valve that incorporates a buoy or a float inside and lets air out until the water reaches the buoy and closes it. Later when the conduction is emptied and allows the entry of air. Depending on the hole size and the design of the buoy and other accessories, they can perform different functions.

The air inside a pipe can cause problems in your installation. One of the most common methods to solve this type of problem is the use of air release valves and for this, at Hidroten we designed and manufactured the range of NET® Air Release Valves, which are classified into three types :

- The single effect air release valves: they work when the system is already operating under pressure, to eliminate small air pockets that may form. It is designed with a small hole so that can be opened at high differential pressures.

- The double effect air release valves: they take advantage of  kinetic effect to be able to expel all the air that is in the system during the filling with water and allows the entry of air when emptying occurs. Once the pipe is emptied of air and the valve is closed, it will hardly reopen to empty the air pockets that can form during normal operation because the differential pressure when having a large hole will be very difficult to overcome.

- The triple effect air release valves: they have two holes, a larger one to act as a double-acting valve and the a small one to overcome the differential pressure that occurs and be able to function as a single-acting air-release valve.

It is important to know and identify where we can have problems caused by air (high points, at the end of the network, etc.) and which is the suited valve. For example, if we have a filtration equipment, we know that we will have a problem if we do not eliminate the air since an air chamber will form that will not allow the entire filtering surface to be used, therefore, the suitable valve would be a double effect to evacuate all air during filter filling. But, if we also know that air bubbles can enter during its operation and form air pockets, we must install a triple effect.

Our air release valves are certified by the Technological Institute of Water of the Polytechnic University of Valencia in compliance with the UNE-1074 standard and tests of the admission and expulsion curves by the Higher Polytechnic School of Orihuela of the Miguel Hernández University, providing extra security to your installations. 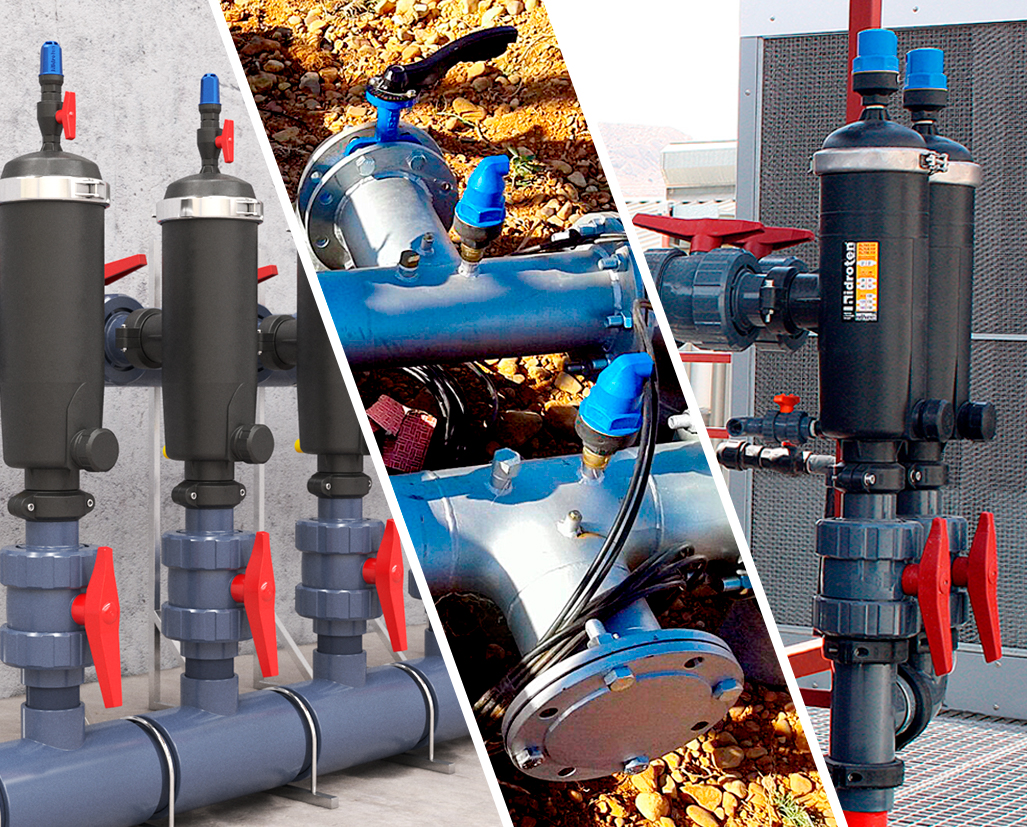